Alberta Theatre Projects is a Calgary-based, not-for-profit, professional theatre company that celebrates the art of live theatre. The company produces world-calibre shows with a focus on idea-driven new works, plays by Canadian playwrights, and contemporary theatre from around the world. It is also a national leader in new play development and dramaturgy.

All shows are at:

FLC Seniors Club members receive a 20% discount for all performances and for all seats with the exception of those in the Premiere Circle. Tickets can be purchased: 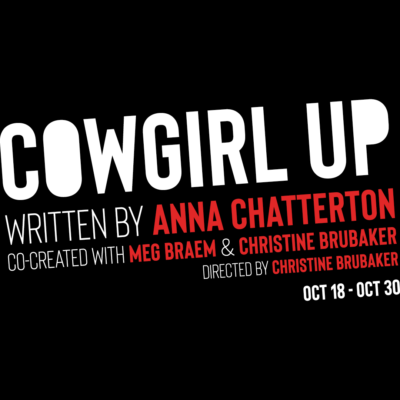 Joyce, Effie and BB are cowgirl goddesses on Mount Olympus who lament that the heroines of rodeos past are all but forgotten. It’s a cowboy’s world. Cocky steer-ropers have stolen the spotlight down on earth for long enough. The goddesses decide to use their considerable supernatural powers to give rise to a cowgirl revolution. When they discover Cassidy Clark, a talented, charismatic loner from Okotoks, they know they have found the barrel racer poised to lead their cause. The three goddesses appear to her one day, offering her all the gifts she will need to earn her first buckle at the Canadian Finals Rodeo championship. We follow Cassidy atop her trusty mare, Starbright, as she rises to the top of the circuit, throwing back shots of Jack Daniels and two-stepping along the way. Cassidy wrestles with her newfound fame, and just how far she will push herself and Starbright in pursuit of their dream.

Anna Chatterton’s Cowgirl Up is a magical, thought-provoking, irreverent new work that takes on rodeo culture from a whole new perspective. 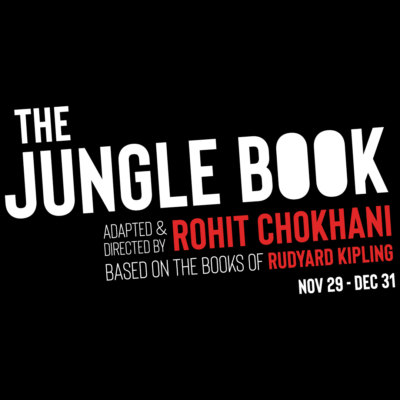 This holiday season, escape into the jungles of India with this vibrant reimagining of the legend of the boy raised by wild animals. Mowgli lives by the law of the jungle, where survival depends not only on strength and courage but on wisdom and reliance on the wolf pack for survival. When a confrontation with a dangerous tiger isolates Mowgli, he is forced to confront the truth: is he a man-cub or a human? Caught between two worlds, with the support of his friends, Mowgli must search for his sense of self in a quest to discover where he truly belongs. Experience this timeless fable where a cast of familiar characters come to life through puppetry, stylized props, masks and movement. People of all ages will delight in this colourful and dynamic adventure that explores the true meaning of family.

Exploring themes of courage, identity, and seeking to understand our place in the world – The Jungle Book’s coming-of-age story is as relevant today as it was when the stories were originally written.

FAT. How does that word make you feel? Society tells us to deflect, avoid and distance ourselves from FAT. We’re in the midst of a revolution to unearth the deeply ingrained shame, blame and fear associated with fatness. Fairytales, lectures, dance, and song are infused with wild whimsy in The F Word. Creator-performers Keshia Cheesman and Bianca Miranda explore their friendship as two fat women on a journey to self-acceptance and fat liberation. They confront fatphobia, diet culture, and the intersection of fatness with race in this powerful, playfully political pop-art piece.

We are standing in the power of FAT. Go, grow, glow. Take up space. 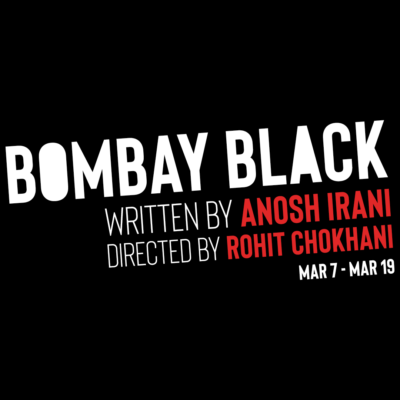 Why would a blind man visit an exotic dancer? Set in present-day India, Bombay Black is a powerful love story of vengeance, betrayal, and seduction. Apsara resides in Bombay with her mother Padma, making a living by selling erotic dances to wealthy men. When Kamal, a blind man, arrives for an appointment, the lives of Apsara and her embittered mother are altered as their complex and brutal past rises to the surface. Mythic, brave and featuring a remarkable poetic text, bold theatrical imagery and contemporary Bombay bar dancing, Bombay Black is a thought-provoking work by one of Canada’s leading playwriting voices.

Please note that this production has graphic depictions of raw content that is sexual or violent in nature. It also has heightened lighting, visuals, loud sounds and complete dark outs during certain portions of the play. Viewer discretion is advised.

The high-stakes tragedy and political drama of Shakespeare’s Richard III are transported to the hallways of a contemporary high school in this darkly comedic adaptation. Taunted with the nickname “Dick” and bullied because of his disability, Richard, the play’s brilliant, charismatic anti-hero, is determined to have his revenge, and plots a ruthless path to power in a dramatic student council election. Aided by his quick-witted best friend Buck, he seeks to overthrow the bullish star quarterback Eddie to become student council president while charming the most popular girl in school into being his girlfriend. But as he falls deeper into a pattern of manipulation and greed, Richard is faced with an unexpected choice: Is it better to be feared or loved?

“Teenage Dick sinks a cunning, shining dagger into an author who’s buried in centuries of history and glory.” –Time Out London